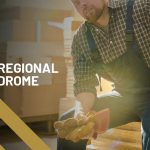 If you suffered an injury on the job that would normally heal relatively quickly, but you continue to suffer intense pain long after the healing process should have ended, you might be suffering from a more serious condition known as Chronic Regional Pain Syndrome (CRPS).

CRPS might be something that you’ve never heard of, but about 200,000 Americans suffer from it each year, normally after experiencing another kind of trauma. Although CRPS has been known very rarely to develop on its own, the intense pain and discomfort of CRPS normally happens after you’ve been hurt in some other fashion, such as in a work-related injury.

What is Chronic Regional Pain Syndrome?

Chronic Regional Pain Syndrome (CRPS), also known as complex regional pain syndrome or Reflex Sympathetic Dystrophy (RSD), is a medical condition which can cause significant pain. CRPS can occur after a traumatic injury such as a broken bone or as a result of direct injury to the nerve. However, the exact cause of the condition is not known.

CRPS is a relatively rare syndrome marked by inflammation of nerve tissue which causes intense pain.

It is likely that CRPS is not caused by a single factor, but instead is a result of multiple injury-related factors that produce similar symptoms. Unless CRPS is treated appropriately as soon as possible after it has been diagnosed, it can be incredibly debilitating.

There are two types of CRPS:

This phase of CRPS is characterized by an ongoing, spontaneous pain in a region of the body that is unrelated to the injury that the patient suffered. For instance, with CRPS-I you could injure a toe or a finger. Normally, the pain suffered after such an injury would be found in the digit you hurt and would normally fade after a certain period.

With CRPS-I, the pain continues and grows steadily worse and eventually travels up your arm or your leg to include the entire limb. Patients say that the pain associated with CRPS can be greater than the pain caused by cancer or even amputation when they rate their pain on the McGill Pain Index.

While CRPS-I can happen after any traumatic injury, CRPS-II (which can have symptoms like CRPS-I) occurs after a patient suffers an injury that involves nerve damage. CRPS-II was previously known as causalgia. Some other facts about CRPS include:

In some cases, the symptoms progress until a patient experiences muscle contracture and tissue atrophy. CRPS is diagnosed with x-rays, sympathetic nervous system tests, bone scans and MRIs. Nevertheless, because the exact reason for the condition is not known, it can sometimes be challenging for patients to get an accurate diagnosis.

There are no certain treatments for this condition, although patients may be able to manage symptoms with pain killers, corticosteroids, physical therapy, sympathetic nerve-blocking medication and other treatment options. Despite the treatments available, they do not work effectively for all patients. Even in situations where pain goes away, it can eventually recur.

CRPS can be difficult to diagnose. It can take weeks, months or even years for the symptoms to present, which can make it difficult for an injured worker to receive treatment for CRPS. There are definite signs, however, that can help a physician diagnose a patient with CRPS. They include:

The severity and length of CRPS symptoms vary. One symptom that is almost always present is a continuous, burning pain that increases over time. Sometimes CRPS pain can spread to the opposite arm or leg from where the original injury occurred.

How Is CRPS Diagnosed?

Unfortunately, there is no single test that can diagnose CRPS. CRPS can also be difficult to diagnose because it may not manifest until several weeks or months after the initial injury. Diagnosis can also be difficult during the early phases of the syndrome, when a physician may have a hard time determining if an injured worker is suffering from CRPS or some other condition. Testing can, however, rule out other problems that may look like CRPS.

Methods that physicians can use when diagnosing CRPS include:

One of the reasons why CRPS is difficult to diagnose is that physicians are not entirely sure what causes it. Medical researchers believe that CRPS may be related to damage to the central and peripheral nervous systems.

CRPS cases normally develop after an injured worker suffers severe trauma to a leg or an arm. These include fractures, sprains, amputations or a crushing injury, which can occur when an object falls on a worker or they are trapped between pieces of equipment.

Not all CRPS cases are caused by a traumatic physical injury. CRPS has been known to develop after a patient has suffered a heart attack, developed an infection or required surgery to deal with a work-related injury.

Physicians and researchers continue to look for the causes of CRPS and what can trigger them. Not every injured worker will develop CRPS. Doctors think that if a patient suffers from a dysfunctional connection between the central and peripheral nervous systems, this may make them more susceptible to contracting CRPS after a trauma.

How Is CRPS Treated?

There is evidence that, when CRPS is treated as early as possible, normally within the first few months after symptoms manifest, this can result in an improvement of CRPS conditions. Doctors use a combination of treatments, including drugs and physical therapy, to treat CRPS.

Treatment for CRPS also needs to be specifically designed for each patient. No one treatment is certain to work for everyone who suffers from CRPS. Most of the ways to treat CRPS were originally developed to treat other forms of chronic pain. This means that your CRPS treatment may not be covered by your healthcare provider, so it’s important to work with your workers’ compensation lawyer to make sure you receive treatment if you are suffering from CRPS. 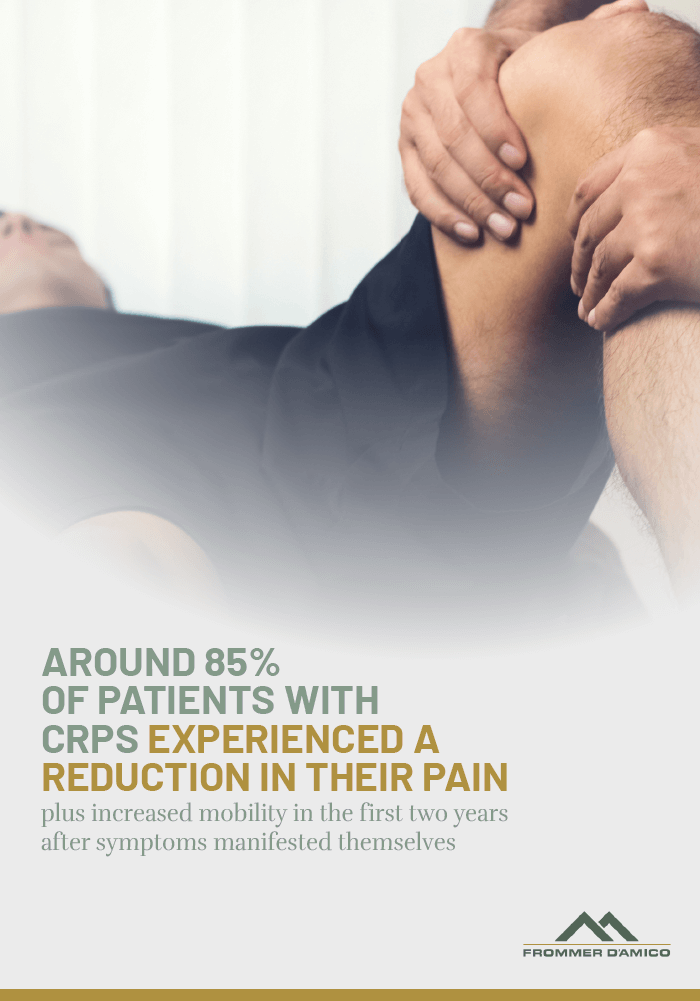 Other treatments for CRPS include:

Can CRPS Be Cured?

At the present time, there is no known permanent cure for CRPS.

Around 85% of patients with CRPS experienced a reduction in their pain plus increased mobility in the first two years after symptoms manifested themselves. Unfortunately, other individuals who contract CRPS continue to suffer severe pain and discomfort for many years. In some rare cases, other symptoms can develop, such as muscle wastage.

There is also no current method to determine who may develop CRPS, although the best way to determine if you have CRPS is for you and your physician to closely monitor the symptoms mentioned above after you have suffered an initial trauma.

Call Us Now – Have Your Questions Answered

There are some challenges surrounding CRPS and workman’s comp. One issue is that this is a lesser-known ailment and patients do not always get an accurate diagnosis right away. Additionally, the condition can come and go, meaning workers may be told they do not qualify for workers’ compensation. Since there are no obvious external injuries with this medical condition, sometimes employers and insurance companies do not believe injured workers.

Nevertheless, if you cannot work due to your injury, if your injury or condition is work-related and if you need medical benefits and other benefits for your injury, you may qualify for a workers’ compensation settlement for your CRPS.

When to Contact a Workers Compensation Attorney for CRPS

If you have CRPS and qualify for benefits, you may want to contact an attorney right away. Employers and their insurance carriers deny many first-time claims and are even more quick to deny claims that involve chronic pain. Insurance companies will look for any reason to deny an injured worker the benefits to which they are entitled or to pay them as little as possible.

If you wish to seek workers’ comp settlements for CRPS or need an attorney to get benefits, contact the experienced attorneys at Frommer D’Amico.  Our team focuses exclusively on workers’ compensation cases. And as an independent firm, our loyalty is to you and your claim. Since we understand the financial pressure a condition like CRPS can cause, we do not charge consultation fees or case management fees.

You can call us at 717-400-1000. If you need to call after business hours, contact John Frommer at 717-579-8921. Or, visit our contact page, where you can leave some information about your situation and tell us how to reach out to you. A member of our team will get back to you as soon as possible.