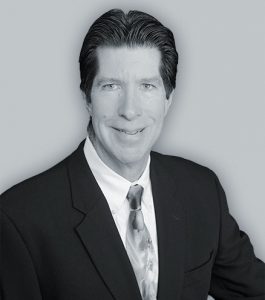 John Frommer has been litigating Pennsylvania workers’ compensation and personal injury cases for more than 30 years. His workers’ compensation practice has grown to include all of Eastern and Central Pennsylvania. He handles all of his cases personally and proudly notes that every client has his cell and home phone number. John is proud to be able to say, “I never take my lawyer cap off, so if my clients need me, I’m there.”

Since 1997 he has been an Adjunct Instructor of Trial Advocacy at The Dickinson School of Law at Penn State. There he teaches young lawyers trial tactics and courtroom skills including direct and cross-examination of witnesses, such as IME doctors. He was named to the Order of the Barristers and has been a Pennsylvania Super Lawyer for Workers’ Compensation.

John’s commitment to helping clients is reflected in the free legal service he provides in his community. He has received the Pennsylvania Bar Association’s Pro Bono Award three times and has twice been named the Dauphin County Bar Association’s Pro Bono Lawyer of the Year. He has served two terms by appointment of the Pennsylvania Supreme Court as a Disciplinary Hearing Committee Member where he heard cases involving lawyer misconduct. He continues to lecture on current workers’ compensation topics throughout the Commonwealth.

Listen to Attorney Frommer share his expertise on The Rick Smith show about the new worker’s compensation legislation being considered by the Pennsylvania government and what it means for injured workers. 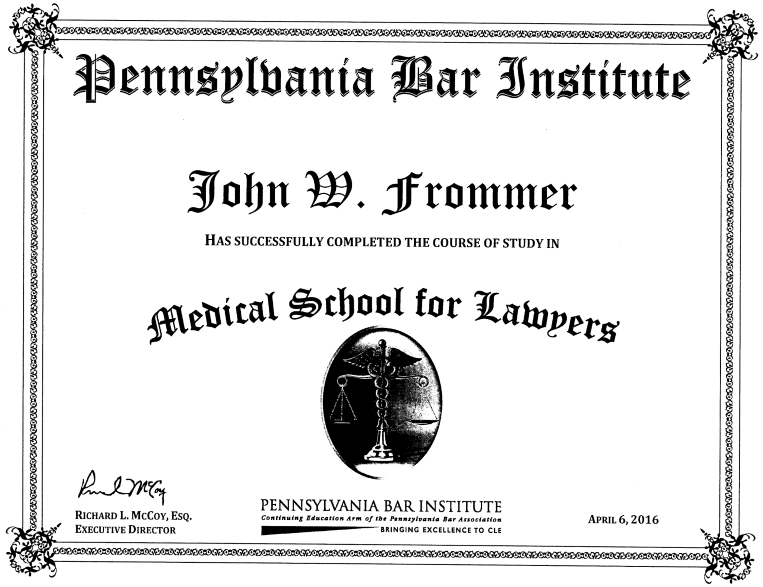 WHAT OUR CLIENTS ARE SAYING

See Why Our Clients Love Us

Call Us Now for A Free Consultation