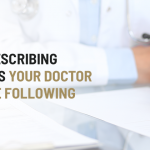 The opioid addiction crisis has become one of the most devastating and dangerous healthcare emergencies in the United States in generations. Many states have declared a state of emergency to prevent opioid overdose deaths. Court cases involving drug companies that have both pushed the use of opioids and then also pushed the use of drugs that help the opioid crisis have been much in the news. States like Pennsylvania have issued special guidelines with suggestions about how doctors should prescribe opioid drugs.

To understand the opioid addiction crisis, we need to look at the increase in the number of opioid prescriptions nationally. Despite a lack of research and evidence about the long-term benefits of opioids, there has been a dramatic increase in the use of opioids to treat conditions such as osteoarthritis and back pain. In the past, doctors used opioids largely to help cancer patients deal with chronic pain.

While preliminary data shows some signs that the opioid crisis in Pennsylvania has slightly improved, the situation is still fraught with peril:

The opioid epidemic has affected workers’ compensation systems across the United States. According to some estimates, the use of opioids to deal with the pain associated with work-related injuries has dramatically increased:

1. When Are Opioids Prescribed for an Injured Worker?

A 2018 study by the WCRI found that injured workers who were likely to be prescribed opioids were:

2. What Opioids Are Regulated?

Most states are developing new guidelines to determine how opioids should be regulated and prescribed. It’s not always an easy solution. For instance, in a 2018 Federal Drug Administration (FDA) meeting held in Silver Spring, Maryland to discuss how the FDA can better regulate opioids, the meeting evolved into a showdown between two different camps. On one side were the patients suffering from severe and chronic pain, who want less regulation and argued that government regulation was driving more people who need pain relief towards drugs like heroin. On the other were those who have lost loved ones to opioid drug overdoses, who were calling for increased regulation.

While the federal administration has declared the opioid crisis a national health epidemic, federal regulations lag behind what most states are attempting to do.

How Long Should Opioids Be Prescribed?

Physicians prescribed opioids for pain relief because they believe they work. Questions surrounding opioid prescriptions, however, deal with how effective opioids are in the long term and if continuing to prescribe injured workers opioids only increases their tolerance towards the drug, which can lead to addiction and even death.

Opioids can be powerful pain relievers, but they aren’t without risk. Patients prescribed opioids have described success with pain relief in the short-term, according to studies, but doctors should not prescribe opioids for longer than 12 weeks.

According to the Centers for Disease Control (CDC), physicians should prescribe opioids only when other methods to control pain have failed and when the benefits and pain reduction outweigh the risks of addiction.

One of the main problems with prescribing opioids is that very little research has been done on their long-term effectiveness. Patients prescribed opioids over long periods have shown a tendency to develop a tolerance towards the drug’s effects, which means that they need to increase the amount of opioids to gain the same amount of pain relief as in the past. Additionally, when opioids are used in connection with other drugs, they can be more likely to lead to overdoses and death. 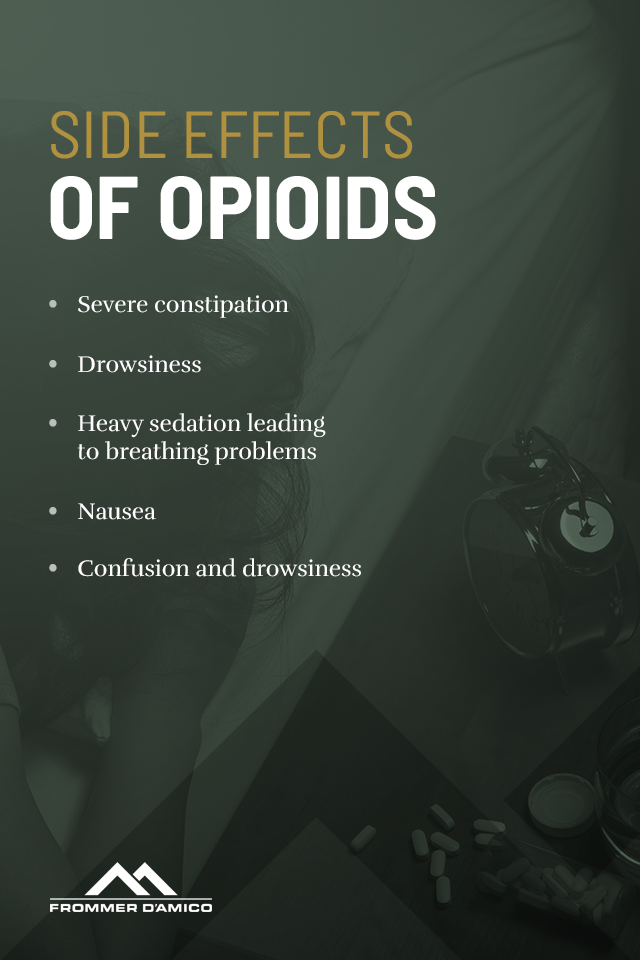 Other side effects of opioids include:

3. How Long Should I Take Opioids?

There are no straightforward answers for how long someone should take opioids. However, opioids are highly addictive, and the likelihood of becoming dependent increases after just five days. The CDC recommends patients and their doctors reevaluate the benefits of using opioids as soon as one week after starting treatment and at least once every three months if treatment continues. Treatment should not continue for longer than 12 weeks.

Always discuss the risks and potential benefits of using opioids with your doctor.

What Are the CDC Guidelines?

The CDC guidelines for prescribing opioids to deal with chronic pain are designed to improve how these drugs are used and provide patients with safer, more effective treatment of chronic pain. These guidelines recommend:

These guidelines, when combined with the guidelines recommended for prescribing opioids for injured workers in Pennsylvania, provide a method of making sure that patients do receive safe treatment that helps to relieve chronic pain without addiction.

1. What Is Different in Pennsylvania?

If You Have Questions About Your Prescriptions or On-the-Job Injuries, Contact Frommer D’Amico

If your doctor has prescribed opioids to help you deal with the pain you have suffered from a work-related injury, make sure you discuss the benefits and possible harmful effects of beginning opioid therapy. Be a good consumer.

If you have any questions about whether or not your employer and their insurance company will provide you with the proper medications that you need when you file a workers’ compensation claim, you should contact the experienced attorneys at Frommer D’Amico.

We are a firm totally dedicated to workers’ compensation cases. It is our goal to help injured workers receive the benefits to which they are entitled. If you have any questions involving a workers’ compensation claim, or if you’ve been hurt on the job and you’re not sure how to go forward, give us a call. We offer a free evaluation, and we do not charge consultation fees or case management fees. 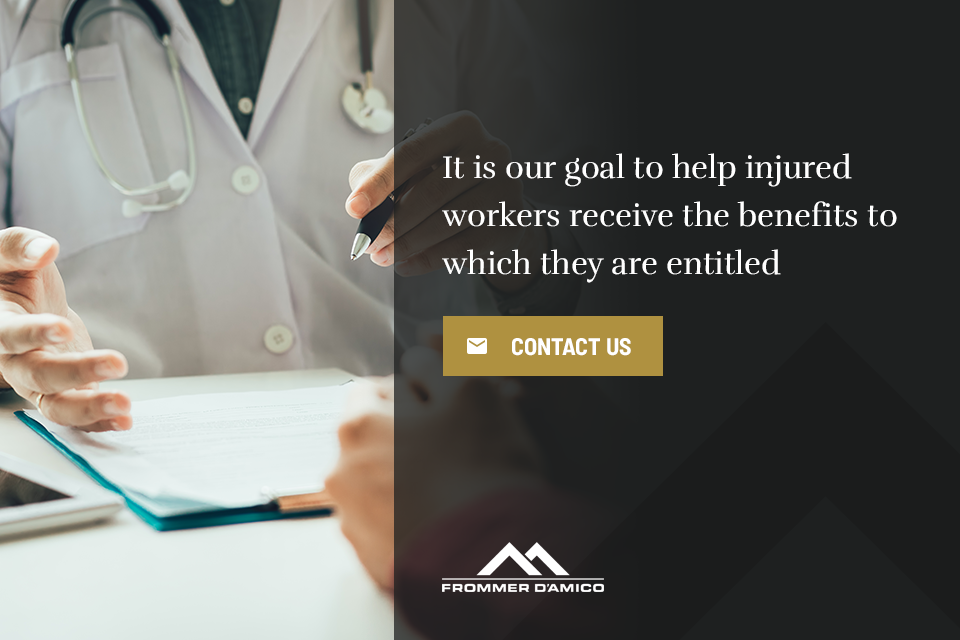 You can call us at 717-400-1000 or visit our contact us page to tell us how to get a hold of you and leave some information about your situation. A member of our team will get back to you as soon as possible.